Latest stories from the jar 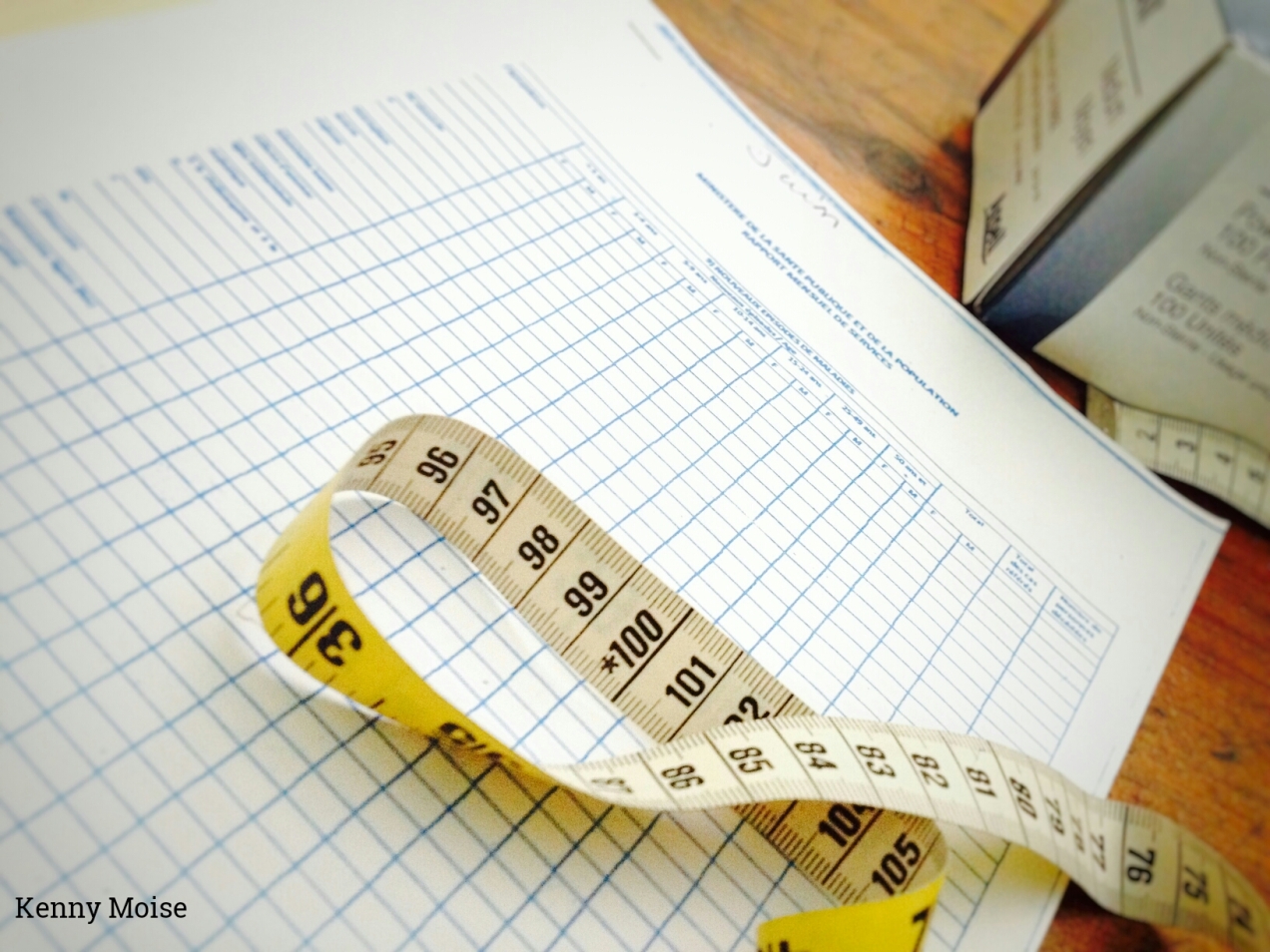 One morning, I went with two colleagues to Haiti’s direction of epidemiology in order to collect information for a research project. As we enjoyed some local coffee with a familiar executive at his office, he instructed us about “the good old days of disease surveillance in Haiti”. This is how he referred to the era where people from remote communities themselves reported cases of malaria to concerned authorities. They would cross through villages to identify people who were suffering from fever in their homes, he said in a melancholic tone. The past years, my research works allowed me to learn, through such anecdotes, about the systems we have set up to observe the dynamics of diseases in Haiti. While he spoke, I observed with no great surprise that the walls of the office were garnished with many US CDC (Centers for Disease Control and prevention) logos. But I couldn’t help wondering in my deeper self, how can global efforts learn from Haiti’s history of epidemiologic surveillance.

While there are many definitions for epidemiologic surveillance, the authority for this matter in the US- which is the CDC– considers it as the continuous collection of health information and their dissemination to stakeholders in order to make public health decisions. This process lies at the heart of a common commitment that some countries and institutions made in 2014, through an initiative called the Global Health Security Agenda. They work to ensure a level of preparedness to face global health threats similar to the Ebola epidemic that happened in Western Africa from 2013 until 2016. Local surveillance and global security are thus intertwined.

In Haiti, although the US military used sanitary surveys to assess the country’s situation during the 1915 occupation, a site-based surveillance system has been created only in 1990, thanks to the support of various NGOs. In fact, these organizations have been operating in Haiti since the 1950s. But soon after a coup-d’état exploded in September of that same year, the deteriorating political situation has occasioned an abrupt halt in foreign aid, crippling the public health surveillance system. Later, foreign partners supported the Haitian Institute of Childhood in relaunching the surveillance of the following conditions : malnutrition, vaccine-preventable diseases, diarrhea, acute respiratory infections and cholera.

The Direction of Epidemiology, Laboratory and Research where I was discussing with my colleagues, is now in charge of epidemiologic surveillance. The CDC and a couple of NGOs are its partners and help bring modern diagnostic tools and technologies and contribute to the training of public health professionals. The cooperation with the CDC was crucial in the aftermath of the earthquake in 2010- because many infrastructures were destroyed- and the introduction of cholera, months later. Moreover, it allows for the surveillance of polio, malaria, tuberculosis, HIV infection, respiratory diseases among other diseases and the launch of a bio-safety laboratory recently. It is worth mentioning that some NGOs run independent surveillance systems or activities whose priorities are not necessarily aligned with Haiti’s vison. From the 1990s to this day, such foreign entities have played a major role in Haiti’s epidemiologic surveillance. It has resulted in a lack of sustainability and State ownership over that matter.

This history hence raises the question of Haitian sovereignty. How can foreign actors intervene so largely in this sector ever since epidemiologic surveillance started here? Who set the priorities? How does availability of international funds affect it? In fact, with progressing globalization, sovereignty can no longer be assessed through the lenses of the past centuries world, marked by violent conquers. Some common issues call for a shared responsibility and thus comes a shared sovereignty. But such interdependency does not have to favor the donors and leave the beneficiary of aid vulnerable. It needs to respect and promote local culture, language, history and institutions. As Dr. Nahid Bhadelia put it in a tweet, “the global health security agenda is as much an insurance for the resource rich world as it is for the global south… We need to address the question of inequity in trade and how we support development of stable national governance.”

And we can’t “technicalize”/medicalize all solutions. We need to address the question of inequity in trade and how we support development of stable national governance (though US has no moral high ground on that right now!)

This is the ultimate lesson Haiti’s experiences of disease surveillance can bring to the current global efforts even though the country is not a member of the security agenda. While it soon passed midday, I cheerfully thanked our host at the office for his hospitality and the coffee. What I learned beyond the malaria anecdote and through the days following that conversation, is that Haiti’s epidemiologic surveillance has always been an object of foreign influence, although such entities perform on a global scale. At times, it was left vulnerable. But with respect to Haiti’s identity, the limits can be overcome for a globally healthy future.

Haiti’s public hospitals serving the country’s poorest have gone on strike twice in the last 12 months, in the midst of a deadly epidemic. The media was still reporting on the distressing aftermath of the earthquake, when an outbreak of cholera broke in Haiti’s Center and Artibonite departments. As of last year, six years since its outbreak, approximately 40,000 people have fallen ill. In September, I visited a cholera treatment center in Belladeres, a border town in Haiti’s Central-east which was home to many cases. During this trip and our visits, I was reminded how much of a burden such outbreaks are on an already weak healthcare system. The impact is heavier in isolated towns and villages, where resources are often scarce. The route, from the epidemic’s very start to the current phase where the incidence is the lowest since 2014, has been paved with lessons that could benefit the entire system.

Improving leadership and management. As a medical student back in 2012, I found myself hanging onto every word of Dr. Junot Felix addressing an inquisitive audience during a conference. As a senior public health professional, he stated that “the biggest obstacle facing Haiti’s healthcare system is a lack of competent managers”. As both management and leadership are vital to progress, his statement hinted that Haiti needs more people who are willing to highlight the best in each other and organize to provide the best possible care to the population.

Large and inclusive conversations need to happen between actors from public, private and NGO sectors- regardless of their many differences and priorities- to create liaisons, learn from each other about what has worked in the past, how to handle the current reality and bring forth solutions for the future. This is the type of collaboration that took place in elaborating and executing the plan to battle cholera.

Multi-sector workshop on water and sanitation and cholera in Mirebalais, Haiti

Gather and share timely information. When I started working as a practitioner, in a private clinic, I was forced to work while in the dark about crucial information. National health data was either unavailable to me or outdated. I could not accommodate my practice effectively to special trends, especially when it comes to transmissible diseases. This is also the case for State institutions and many NGOs, entities charged with gathering and sharing information at different stages of their programs to contribute to the management of prevalent health issues in Haiti.

Such weaknesses have also affected the war on cholera, where sharing timely information is oftentimes as crucial as setting an IV line. But thanks to the cooperation between the actors in charge of responding to the epidemic, the situation is slowly improving. Were it not for constant efforts to initiate and preserve this synergy, project management and delivery of care and services would be ineffective and resources, used inadequately.

Develop an entrepreneurial culture. I have been following Daniella Bien-Aime, a blogger who strongly advocates for an entrepreneurial culture to counterbalance the aid perspective in Haiti. In my opinion, this would also benefit the health sector which is almost entirely funded by international donors. Although international aid has been pivotal to improve health indicators in Haiti in recent past, it is not sustainable for an autonomous healthcare system. International aid leaves little to no place for innovation and competition, and kills local initiatives at an embryonic stage. This is in part why doctors, nurses, midwives, pharmacists and laboratory scientists seek NGOs jobs, abandoning State hospitals and local clinics, or simply leave the country.

Promoting local initiatives either in Port-au-Prince and outside is the first step in instilling this paradigm shift. Raising awareness is one thing but proper training and support programs intended for local healthcare professionals could also breathe new life into Haiti’s healthcare system.

Improve health literacy. Health literacy affects every element of the health care system. This observation brought my colleagues and I to create integrAction, a project dedicated to health literacy which led online campaigns during the Chikungunya and Zika epidemics in Haiti. Health literacy is the ability to obtain, understand and master the health information necessary to make advised decisions. The goal is to make the complicated health system easier to navigate, through health promotion, communication and literacy.

Such initiatives might be largely helpful to the future of Haiti as they help lower the burden of preventable diseases, deaths and consequently lower the amount of money spent on these issues.

The cholera epidemic remains an unprecedented challenge as we work towards its elimination. Almost seven years past its introduction in Haiti, Haitians can use their experiences to look at the future with tenacity and a clearer vision. “We are here, fighting…” a drinking water technician said as we left Belladeres. My short visit there did not allow me the opportunity to implement any lasting change. Neither will any quick fix resolve the problems that lead to the recurring public hospital strikes,  as they are a mere symptom of a deeper issue. As I lay down these recommendations of mine, to anybody reading this, I hope that the seeds will take root to bring forth a brighter future because of our common engagement.

This post, published in 2015, has been updated and edited to appear on Woy Magazine